The beginning of the end for B&N?

I have long been a proponent of digital reading. Two past two-plus years of my publishing career have been a complete whirlwind -- today I sold my 3,000th book, with about 2,900 of those copies as ebooks -- and have changed my stance on everything in life. I do, on occasion, buy ink and paper books -- I recently bought six Spenser novels by Robert B. Parker and inhaled them in less than two days -- but a majority of my reading dollars goes to digital. But that's not what I want to discuss with you today.

I've blogged in the past about Barnes & Noble's jump into the ereader market with its Nook. I've blogged about how Borders dropped the ball and didn't come up with its own ereader, instead aligning itself with Kobo's device (which is not a slight against Kobo, please understand that). I've also blogged about how Barnes & Noble gave itself five extra years of life by doing what Borders didn't. I wrote about that in 2010.

And now news today has broken. Barnes & Noble is exploring the spinning off of the Nook from its longtime brick-and-mortar business.

Before we -- read: those who own Nook ereaders -- jump into a panic over this, let's clear a few things up right from the top: this is early talk. Both the New York Times and the Wall Street Journal posted stories about this today. This is, as B&N suggests, exploratory work. B&N indicates that the Nook is doing so well that it wants to help the device grow on its own. That is all well and good.

The articles also speculate that not all is well at B&N. Cue the doom and gloom music.

It's too early to speculate exactly what's going to happen. But I don't think it would be tough to envision what would happen if B&N decides to split it away.

Besides, I like to speculate. It wouldn't just be me if I didn't do exactly that, right?

The numbers in the NY Times story tell the tale: B&N's stock has fallen 5.2 percent in the last year to $13.55 after Wednesday's trading. Digital content and Nook sales rose 43 percent during the fourth quarter from 2010, while sales in brick-and-mortar stories rose only 2.5 percent.

It only continues to show that readers, just like on Amazon, are leaning toward digital. Ereaders and eBooks have turned into the preferred method of reading. There is no use denying this any longer.

What does this mean for the B&N in your area? Right now, probably nothing. It will continue to do business -- for now.

I repeat: for now.

Personally, to separate the one thing that buoys a business from its parent is something I don't believe would be sound business practice, especially with the loss of Borders so fresh in readers' minds. B&N did separate GameStop from it some eight years ago, but those are two completely different entities -- video games and books. If it separates the Nook from its stores, B&N will fall the way of Borders in the time that I noted. With no one coming into the stores for the Nook, there would be no reason to stay open. Right? By 2015, B&N will more than likely start selling off its physical assets.

Except for the Nook. Note that I say this. The Nook would continue for some time, and B&N, if it splits Nook away, would do its best to maintain a foothold in the device. There would be no need for the brick-and-mortar bookstore if B&N changes its business model to do away with the physical bookstore and instead continue with the digital/online presence. Whether or not the Nook will be enough to keep B&N afloat post-physical liquidation, of course, is anyone's guess.

I am a proponent of digital reading. I want more people to buy ereaders -- whether or not its Kindle or Nook, that no longer matters to me -- and buy my books on them. My book prices are the same for both ereaders.

Whatever happens to B&N, happens. I will be sad to see it go.

www.seansweeneyauthor.com
Posted by Sean Sweeney, Author at 11:32 AM 4 comments:

Email ThisBlogThis!Share to TwitterShare to FacebookShare to Pinterest
Labels: Nook

2012 is less than a day old for most of the world, but I want to take a few moments to go back into 2011 for a bit. 2011 was a great year for yours truly in the professional arena, with six books released along with a few short stories tossed in for good measure. I tripled my sales from 2010 -- tentative count is 2,290, and my publisher is on vacation, and I still await distribution numbers from Smashwords -- and enter 2012 18 books (tentative, of course) from 3,000 sold lifetime. I'm still in the beginning stages of my journey, but I have the feeling that 2012 will be even better than 2011.

I started off 2011 by finishing off the manuscript originally entitled A Drop To Drink. After careful consideration, I changed the title to MODEL AGENT, and subsequently changed the title of Olympic Flames to ROGUE AGENT. 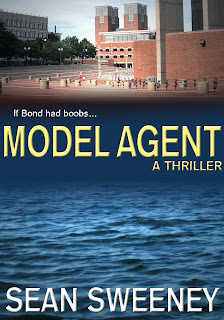 Nice cover, eh? There's more where that came from!

Just as MA started taking off, I received the artwork from C.S. Marks for The Rise of the Dark Falcon's cover. I thought Christine did a fabulous job with it. 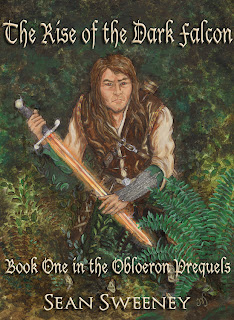 Then came Royal Switch, my follow-up to Turning Back The Clock. The beginning is slow, but once you get passed that, it becomes the thriller it is intended to be. 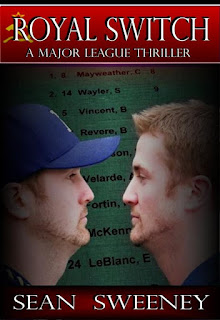 Then I unleashed Jaclyn a second time in early June. 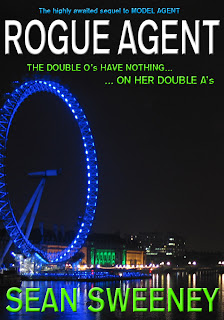 In late July, thanks to Bruce Sarte at Bucks County Publishing, Zombie Showdown came into being: 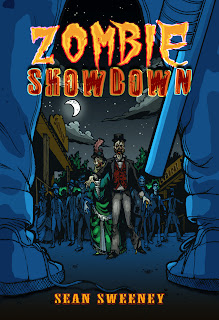 And then Jaclyn returned one last time... 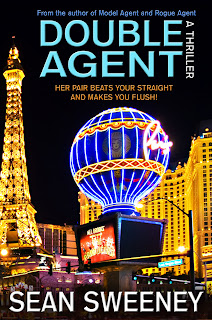 And don't forget that I also participated in several anthologies: my buddy Christopher Nadeau invited me into an anthology regarding failed apocalypse warnings, which inspired Belief Debt: Paid In Full. Dean M. Drinkel, a friend in London (too bad he's a Spurs supporter, the wanker), invited me into an anthology surrounded by other great authors who tackled people's phobias; yours truly wrote about clowns in C is for Coulrophobia, The Clown Cemetery. And then I wrote Red Christmas, a holiday horror story, for Bucks County Publishing's second Bump In The Night anthology.

All in all, 2011 was a great year for me, professionally. 2012 is going to be even better: two releases within the first few months -- Eminent Souls and the second Obloeron prequel, The Shadow Looms -- as well as a new series and the fourth Jaclyn Johnson novel. There may even be a few surprises, too.

www.seansweeneyauthor.com
Posted by Sean Sweeney, Author at 8:06 AM 1 comment: