Getting into my new hobby 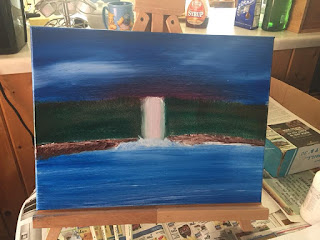 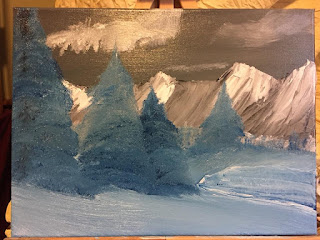 Just a couple of paintings that I've done over the last week or so. I bought the Bob Ross "Liquid White," and that has helped with my mountains. I've wanted to do the wet-on-wet technique, but I don't think my paints--$6 paints at Michael's--have the firmness he requires. So I'll do what I can with what I have.

One of the things I've also wanted to do: self-painted book covers for the Obloeron Saga. So that's a possibility.

Posted by Sean Sweeney, Author at 7:09 AM No comments: 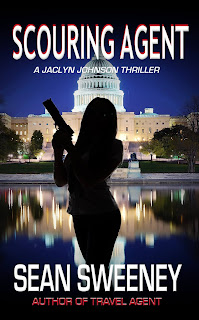