NoNo NaNo for me

Within the next few hours, people all over the country--nay, all over the world--will ready themselves to partake in the beast known throughout the writing world as NaNo...better known as National Novel Writing Month. The goal of NaNo's participants: write a 50,000-word novel in 30 days, which breaks down to a minimum of 1,667 words a day.

Full disclosure: I've taken part in NaNo in the past. In fact, I've written a book in each of the last three NaNo's. Zombie Showdown was written at a breakneck pace of 4,000 words a day back in 2009, finishing on the 16th after two days off. Model Agent was my 2010 NaNo book, with the first 50K sliding in on the 28th or 29th. Last year, I wrote Eminent Souls. I think I made it with time to spare.

So, you're asking to yourself, what is Mr. Sweeney writing this year for NaNo.

The answer is I'm writing nothing for NaNo. I'm not taking part.

There are a few reasons for that. The first one is that I'm currently in the middle of a project entitled Redeemed. Redeemed is just a smidge over 30,000 words after 27-plus days of writing. I'm not rushing this project. If I write 1,000 words, fine. If I write 1,500, fine. On Monday, as Hurricane Sandy began to boil in Massachusetts, I wrote 300 words, and I was satisfied with that. I'm not killing myself with meeting a daily goal. What I'm trying to do with this project is quality words, not quantity--exactly the opposite of what NaNo suggests.

There's another reason: I write every day anyway. Every month of the year is, to me, NaNoWriMo. This is my job. This is what I do. I don't need a set month with which to write 50K.

If you're doing NaNo, I salute you. Good for you.

But you truly don't need to do NaNo to be a writer.

www.seansweeneyauthor.com
Posted by Sean Sweeney, Author at 4:04 AM No comments:

Before Hurricane Sandy blew in--and by all means, my thoughts go out to those effected by the storm, especially fellow authors Imogen Rose, Donna Fasano, Terry Simpson and Anton Strout--yesterday, I managed to fix a few errors, then formatted and uploaded FEDERAL AGENT: A THRILLER to all ebook outlets. With the exception of Sony and Apple iBooks, which I upload through Smashwords and am awaiting premium services approval, the book is now available.

Phew. This book was a lot of fun, written during a whirlwind summer. Now it's time to go into promotion mode and hopefully blog a few times about it. And for the record, Jaclyn's adventures are no where close to ending. There is plenty more to come for this fantastic character.

So far, Kim Tomsett at Wistful Kimmies' book review blog has already reviewed it: you can find her review here. I want to thank both her and Big Al for pre-reading it. Trisha Reeves, as always, did an awesome job with the cover.

Before I go post the cover and some purchase links, I want to share something with you. This book deals with some adult subject matter. I know that I do have young fans that read my books. I don't know if this one is for them. If I were you parents, I'd read the book first before letting them read it. I know that I say that you never know, your kid may surprise you and can handle things well... I don't know about this one. I'd rather err on the side of caution... but then again, I'm not your child's parent. 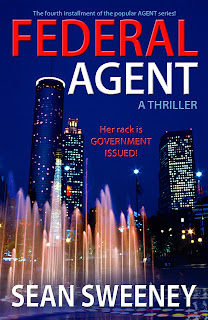 A question I receive weekly...

I get a lot of requests from people about co-authoring non-fiction work, mainly of the self-help variety. I always turn them down; for me, writing is a personal thing where I open a vein and bleed onto my keyboard, and I believe it should be for them as well. There is also the fact that I have a laundry list of fiction projects to write, and that's my preference. If that sounds selfish, I'm not going to apologize.

I do believe in paying it forward though. I have had plenty of help in the first decade of my career as other authors have given me pointers and tips: R.A. Salvatore, Steven Savile and Kevin J. Anderson being the main three. I've given these same pointers to other authors, like Nickie Storey, Jeff Beesler, and up-and-coming urban fantasy author Foster Haskell. I hope they'll do the same to others as their careers grow. Quick aside: I tease buddy Mike Crane, the drabble man, all the time about his inability to write a full-length novel... Daniel Arenson and I always tell him to "WTFN!" which translates to Write The Fucking Novel. We're still working on him... but anyway, moving on.

When these people who ask me to co-author tell me that they don't know where to start, I always say, "The beginning." Self-help, about helping people deal with issues, starts at the beginning... what happened when you became addicted? The day your spouse was addicted... or diagnosed. That should be your jumping point, your beginning. Tell the story from that point, and don't leave out details.

The same goes for fiction writing. Sit at your computer, put your fingers on the keyboard. Put something on the screen. You'll be surprised how much your conscious self will reveal to you, and it'll make the writing that much more personal.


"But I don't have the time to write." BS. Stop the bitching right now. You're on Facebook, or you're watching TV. Writing means sacrifice. It means giving something else up in order to get your X number of words onto the screen. Here comes a tip I learned from Kevin: If you have a loaded day, try just writing two sentences. Two sentences is two sentences you didn't have before you started that day. Two sentences is two sentences closer to finishing your book. Two sentences can become two paragraphs, and ten minutes later--or it feels like ten minutes--you can have a page done.
The moral to this story: Don't sell yourself short; everyone has a book in them.
Happy writing.
www.seansweeneyauthor.com
Posted by Sean Sweeney, Author at 6:04 AM No comments:

The blurb for FEDERAL AGENT

You've waited patiently for it... FEDERAL AGENT is nearly ready to be unleashed into the wild. Trisha Reeves, the Photoshop Goddess, is working on the cover. And I just wrote the blurb for it....

A failed execution in Atlanta has CIA director Alex Dupuis concerned. And with President Eric Forrister and Republican challenger Dick Bennett headed there for the final debate of the election cycle, she has every reason to be: she doesn’t want the escaped prisoner, a man with ties to the Ku Klux Klan, to disturb it.

She sends Jaclyn Johnson into action after three weeks’ convalescence with her orders: protect both the president and his former White House Chief of Staff so that harm doesn’t befall them.

But what Jaclyn doesn’t realize is that the candidates may not be the ones under fire after all and that the deranged Klansman has someone else in mind—someone who isn’t what he seems on the outside.

FEDERAL AGENT is the fourth novel in the AGENT thriller series, preceded by MODEL AGENT, ROGUE AGENT, and DOUBLE AGENT.

It's coming soon. Are you ready for Jackie Baby?

www.seansweeneyauthor.com
Posted by Sean Sweeney, Author at 7:19 AM No comments: