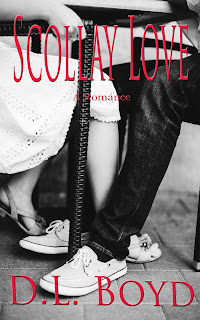 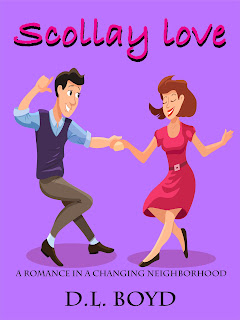 Posted by Sean Sweeney, Author at 5:50 AM No comments:

A quickie update in the business plan re-evaluation: So far, so good

As you're probably aware, I'm in the middle of re-vamping and re-evaluating my business plan. I outlined my goals earlier this month, and I wanted to use this time with you to give an update on my progress.

So far, so good: I'm through the hard part, a series of deep edits to three books: Turning Back The Clock and A Galaxy At War, which I wrote under my old 00's pen name of John Fitch V, as well as to Royal Switch. When I wrote that initial post, I had already gone through TBTC and chopped some 18,000 words and some change from the original book, removed head-hopping, as well as passive voice. I did the same with Royal Switch and ended up chopping 4,000 words from the original text and massaged some of the prose there. I had intended on re-writing the entire book from scratch, but after review, I think it's better this way. And that opening to the book? Not as big of an info dump as I thought!

Galaxy, though... it was as I suspected. Much like TBTC, there was unpolished writing full of head-hopping, passive voice... just a really unrefined book, if I'm being honest. I've said it before, I'll say it again -- I really wasn't a great writer back then. Great storyteller, sure. I weaved a good tale. Did I execute it properly? Absolutely not.

That is why it pains me to relay to you that I cut over 32,000 words -- more than a third of the book -- from Galaxy's original word count, turning it more into a story the size of Zombie Showdown or Scollay Love more than anything resembling the AGENT series; it's like the old dime novels, with some beef to them. Still, my hope is that the book is better from this exercise, and I will re-read the story around Christmas to make sure it is just that. I will do the same with TBTC and Royal Switch, then re-brand with new covers. My hope is that all three books will be out for public consumption in March.

And speaking of new covers...

So far, Terry has come through with four of the six new covers for Obloeron. I've gotten peeks of what he has done, and it's amazing. At some point this week, I will make the refreshed cover for Scollay Love -- which should just be the old cover, resized for paperback -- and I will get back to my website and make sure I don't have the wrong links for Apple iBooks; some of them go to the Euro pricing, not the American. I've gone through the links in the bookstore to make sure I have no broken links.

What's next? In looking at my list, I see there are many things I can do. Copy and paste the AGENT novels into specific three-book files for segmented box sets. I can do that. The same for Obloeron. I can sign up for BookFunnel to distribute my not-yet-written freebie; I still haven't decided if it should be a Jaclyn freebie, or something else.

I can start doing additional research for Glorious Rise. I can look into more advertising. I can do this. I can do that.

Really, so much still to do!

But the fact that I've gotten most of the really hard stuff out of the way... yeah, I'm happy with that, and my progress.

We'll take the victories, however small, as they come.

Posted by Sean Sweeney, Author at 7:57 AM No comments:

Over the last two weeks or so, I have taken some time to do something I've intended for the last three years: re-work my business plan in order to reclaim my audience. The last three years, it has been rather difficult to do that, whether it be taking on jobs that break up the writing week or ones that prevent me from writing, period, or not having enough money to adequately strengthen my reach via advertising on Facebook or Amazon.

That ends now. But I also end it with a mea culpa.

For most of my writing career, I've made many mistakes -- but I can safely say that I've learned from them and now want to put what I've learned into action. I've learned that some of my books, mainly my earlier ones, suffered from poor writing. I feel that I've grown as a writer, with my more recent books showing that my writing now is crisp, clear, concise. It's my intention to strengthen those books by any means possible and re-release them in 2021.

I've already done that with one book, Turning Back The Clock, one of my John Fitch V novels. When I started a deep edit on that book last week, the original novel was over 101,000 words. When I finished earlier this week, I had removed over 18,000 words, or the equivalent of 33 pages. I fixed the voice, I eliminated the head-hopping, and I just removed prose that simply didn't work for me not as the author, but as a reader. It's an 11-year-old book, but it reads so much better now with what I've done to it, and I hope the readers feel the same way. In all honesty, I fell in love with the story all over again!

The next book to strengthen is TBTC's follow-up -- but under my name -- Royal Switch. Again, something I messed up on, even though I've said that I did it for momentum reasons: I published Royal two months or so after I published Model Agent, and I wanted to take advantage of that momentum. Suffice it to say, that didn't happen.

I've known there were problems with Royal for some time -- in fairness, I thought way back then that I needed an info dump right at the beginning of the story; I've since changed my mind and earlier this year made the decision to re-tool that section. But not only that... in starting to re-read the book this morning, I've found amateurish, crap writing that is, to be sure, thoroughly embarrassing to me as a writer. No wonder the book foundered and has barely sold (11 copies since January 2015!).

What to do about that? Well, I'm going to completely re-write the book, all 75,000-plus words, almost from scratch. The story is sound, but the way I executed the book... I failed at that. My intention is to make the book better with stronger writing than I showed in 2011.

I also want to do something similar with another JFV novel, A Galaxy At War -- a book just as old as Turning Back The Clock. I have yet to print out and read the story, but I'm sure I will encounter the same problems that I have with TBTC, Royal Switch, and the Obloeron novels. It's another book that barely sells (5 copies since January 2014), and that could also be due to the mistake I made with the cover: it's relatively bland and doesn't scream sci-fi. I want to invest in this book not only with the writing, but with the cover art. I'll be talking to fellow author Daniel Arenson about his cover artist for his Earthrise sci-fi novels and Matt Verish for his stuff, as I'd like to improve that incredibly important facet. It will cost me a pretty penny, but as I've said, I can't be afraid of the cost.

What else do I need to do to regain the audience? A new cover for Scollay Love, new Obloeron covers -- Terry C. Simpson is working on those for me -- plus paperbacks for all of the above. I also want to pen a new 30,000-word novella that I'll give away as an enticement to join my mailing list, something I've failed at doing over the last five years; my hope is to get that taken care of by Christmas. My whole focus was on writing stuff that will inevitably sell, when I should have taken a longer look at the bigger picture. If I'm going to continue doing this, I need to do this correctly, and I need to grasp the bigger picture. I need to give something away to my fans. I need to spend money to gain my audience back. I need to do this. I need to do that.

In time, I will get that done. It won't be overnight. This is a marathon, not a sprint -- but I can't let years pass without doing anything, like I have since I first recognized the problem. If you want a problem to go away, you have to do something about it. You can't just ignore it.

The time is, as they say, now.

Thanks for not giving up on me.

Posted by Sean Sweeney, Author at 8:13 AM No comments: