I'd like to introduce you all to Jeffrey Beesler, whose debut novel Spell of Entrapment made its way into the Kindle store this week. Jeff is a talented, budding author from the state of Washington who is on a blog tour to promote the book. I've already read it, and I must say it's a breath of fresh air into the fantasy genre. 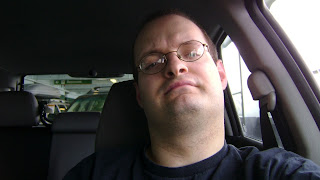 When a knight, Sir Patrew of Trava, infiltrates sorceress Embekah’s manor, a spell of entrapment binds them both inside her home.

This is the premise for my debut novel, Spell of Entrapment, the first installment in the Mages of Trava series. I’d really like to discuss how I came up with such an idea, but I fear the story has long since escaped me. Quite frankly, I’m not even sure how many of my ideas ever crop up.

This morning on my way into writing this guest post for Sean, I happened upon a photo that another writer friend had posted to Facebook. It featured a fortune cookie whose omen for the day read as follows: “Creativity: Anarchy of the mind”. This got me to thinking, as desserts are often wont to do in my case. How many times have I had a dream I just couldn’t shake, or a thought that wouldn’t die no matter how much I wanted it to?

Sometimes, however, I get the sense that these ideas speak to me even when I’m asleep. Often I’ll have dreams of people who I’ve never even met in real life. It’s almost as if my own characters are talking to me in my sleep, trying to get my attention even as I’m working on something else.

For Spell of Entrapment, I decided to tackle the matter of solitude, and what it might be like for someone who spent twenty years of her adult life in exile. Then I built on this by making her come face-to-face with the awkward nature of having to socialize with someone after having no one to talk to all those years. Adding in the notion that this guy should carry a sort of antagonism toward her, I wound up fleshing out the conflict in the novel.

Not every idea I have will be turned into a novel or story. However, I consider each idea that crosses my path as an exercise in and of itself. It’s keeping my creativity healthy, which will keep me in fine shape to tell stories for many years to come.

Jeffrey Beesler was born on May 2nd, 1978. In addition to self-publishing his debut novel, Spell of Entrapment, he has had a short fantasy story published in Abandoned Towers #4, The Broken Pipes of Drei City.  He is a graduate of the LongRidge Writers Group correspondence course, Breaking into Print. His book can be purchased here: 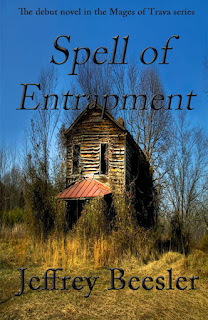 Thanks for stopping by, Jeff!

Posted by Sean Sweeney, Author at 9:20 AM No comments:

Coming down the Pike....

For the past three weeks or so, I've been working on a new series for you. As I've hit practically every genre there is to write in, I've decided that this new series will be a mystery series. The first novel will be entitled COLD ALTAR.

There's a little something special about this series, as I've set it in my hometown of Fitchburg, Massachusetts, which will be easier for me to write than, say, New York or another big city not named Boston. The protagonist, Alex Bourque, is a small-town private investigator whose first case is a cold case from the early 1980's. His father, Todd, had worked on the case originally as a detective in the local police department. There is very little in the way of evidence, but as Todd tells Alex, "If anyone can solve it, it's you."

I've set the book up like a Robert B. Parker Spenser novel, in first person with quick-hit sentences and paragraphs. A few graphs, though, do have some meat to them. I don't want to go into any further detail as I'm still in the middle of writing the book, but I can say the part I'm writing now deals with Alex asking a person on the wrong side of the law for help.

Now, back to writing while you get back to reading.

www.seansweeneyauthor.com
Posted by Sean Sweeney, Author at 10:37 AM No comments: 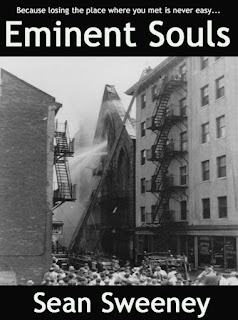 This book has love written all over it...

When you see this cover, it's incredibly obvious that it's not a cover that reflects romance in any way:

That's the new cover of my new novel, EMINENT SOULS, which is a romance -- of sorts. It's not your usual, every day, run-of-the-mill romance novel. There is love, yes: there is the love of two young people from different styles of living. But there's a different kind of love in this book: the love that two young people share of a piece of property -- not just any piece of property; it's where they met and fell in love.

In truth, it was more than just a piece of property: Scollay Square was a lifestyle.

For yours truly, Scollay Square became a love affair -- even if I didn't know exactly what was in it until a couple of years ago.

Back in 1991, I was 14 years old, and during the summer, I was about to enter my freshman year at Fitchburg High School. In late July, my folks, myself and my sister all went to Boston one Saturday. I didn't know why. It was just a day trip. We had walked through the Government Center area first, even though I really didn't know it at the time. We walked up to the State House and down Beacon Street. We approached the Cheers bar -- remember, it was 1991 and they were between seasons nine and ten -- and Jen and I were excited about that. But I more excited for seeing the Citgo sign in Kenmore Square: we were going to the Red Sox game! I think we were seeing the Twins that day. Or the Mariners. Who knows, really. We saw the game, then joined the throngs of people on the Green Line.

Dad had said something about seeing a free concert that night, but truthfully, I wasn't in the mood. I had seen enough (*gulp* and that is nothing I would say today) of Boston for one day, and just wanted to get home. Hell, I had seen the Red Sox game. That was enough for me.

I still had to go to the concert. Reluctantly, I went.

As we stepped off the subway at Government Center and walked up the steps to City Hall Plaza, I was amazed by what I saw. The monstrous City Hall off to my right, the towers of the JFK Federal Building straight ahead and off to the left a bit. People filled in the amphitheater around the north stage. It seemed like a great place.

Those words set off a love affair with the Square. I knew about it -- but I truly didn't know about it. It wasn't until a couple of years ago, when I was in the process of brainstorming MODEL AGENT, that I decided to look into Scollay Square's history a little more.

Suffice it to say, I was astonished -- and sickened -- by what I saw and read. Gorgeous architecture, gone. Twenty-two streets, altered or wiped out completely. Over 200 years of history, wiped out with a wrecking ball. But more importantly than that, I learned that what my father had said was true: Scollay Square was a happening place. It had spirit. It had life. It was the heart of Boston, the entertainment district that preceded the Combat Zone. And I decided that I would have been quite comfortable living in and around Scollay Square.

It is also why I had Jaclyn Johnson thinking, "They paved paradise, and put up a parking lot," as she gets out of Hanson's car on Congress Street in MA.

EMINENT SOULS deals with more than just love. It deals with the fear Bostonians dealt with in the late 1950's and early 1960's. It deals with prejudices the poor endured from the snobbish Boston Brahmins. And it also deals with the fight Bostonians entered with the city against urban renewal -- one gentleman I spoke with said that his brother in law was a state representative at the time the West End, near Scollay Square, was revitalized a few years before the Square went through the same eminent domain process, and he said that he still hasn't forgiven his brother in law for how the city and state never helped those people. It's absolutely shameful.

But more importantly, EMINENT SOULS is a love letter from me to Scollay Square. I was born too late to fully enjoy the Square in its heyday, to take in a burlesque show at the Old Howard (that's the Old Howard on fire on my cover, 25 years to the day before the Celtics were honored by the city at City Hall Plaza, the same day Jerry Williams said, "I am not broadcasting from Government Center; I am broadcasting from Scollay Square. Let's bring back Scollay Square!") and have a Joe and Nemo hot dog all around (with horse radish, too), but I know in my heart of hearts that I would have loved it all.

Dad was right. Scollay Square was happening. It was the scene, the place to be.

So you see, it's more than just about romance. It's more about remembering what was once good and great about Boston, and what can happen when fear sets in. I hope you enjoy reading it as much as I enjoyed writing it, and I hope you, too, can fall in love with a neighborhood that now only exists in our elders' minds.