A New Freebie -- From My Fantasy Series

As most of you know, I consider myself an "Every Genre Author." It's true. I've touched upon pretty much every genre there is, achieving a great deal of success over the last decade as a thriller author.

But when I started writing back in 2003, I was *just* a fantasy author. I had loved reading Lord of the Rings -- my father, who would have turned 77 today, handed me The Hobbit when I was 11 -- and R.A. Salvatore's Forgotten Realms novels, and I decided to start writing about this halfling called Yanos Kingsfoil. A friend of mine called him a halfling with a Conan complex, which tickled me. Over time and with more words on the screen of my old Gateway computer, the story became more about the dwarf king, Radamuck Rosar, and finally about Grumpet T. Paddymeyer. After about a year an a half, I discovered my backstory, which became a set of prequel novels.

Well, today marks a few things: Back in 2013, I had taken the series off the market. I wasn't pleased with the writing. It was amateurish, and I had grown past that stage. In fact, I felt rather embarrassed by it. I didn't want anyone to see it. But with maturity and introspection, I decided in the winter of 2014-15 to go back and re-write/salvage what I could from that six-book series, and even inserted some short stories in that world I had written in 2009 into the prose in order to beef them up. The renewed series came out in a box set on Nov. 2, 2015.

And I had resolved, at some point, to get all the books out as singles, in both ebook and paperback. This past week, I finally did that -- and the first book in the series, The Rise Of The Dark Falcon, is now free on Kindle and iBooks (here's the link from my newsletter; feel free to subscribe to it).

And here they are! 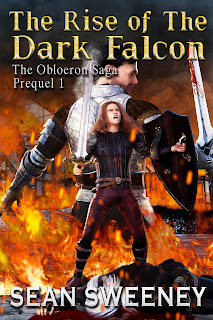 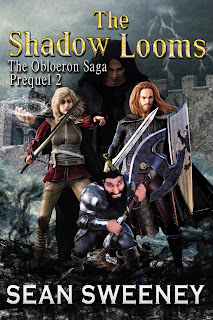 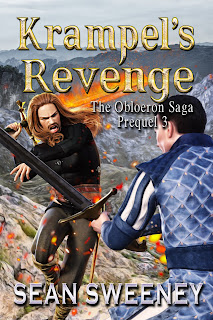 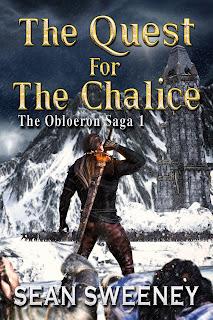 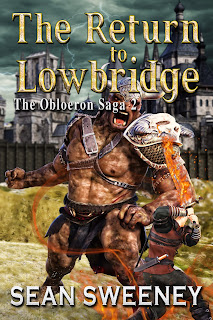 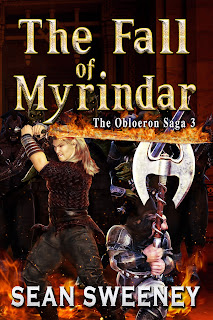 I'm so pleased to have this series back out in the wild as solo books again. It is my genuine hope that readers who like Lord of the Rings, Forgotten Realms, World of Warcraft, etc. dive into these books. Try The Rise Of The Dark Falcon for free, on me. If you like it, move on to The Shadow Looms. In all, it'll be $14.95 for the other five ebooks, which is a rather good price, if I do say so myself. The paperbacks are $9.95 each, all on the Amazon placements.

So that's that. My first series of novels from long ago, re-released, the writing refined and strengthened. I'm so happy that they are finally out -- I still have two more to load up to Nook, with their hacking now resolved -- for single consumption again.

Posted by Sean Sweeney, Author at 7:33 AM No comments: